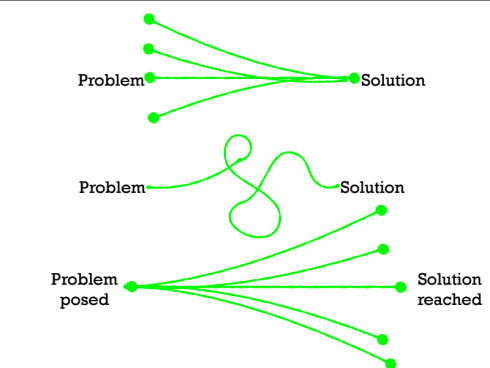 Less « explain » because I wasn’t actually at Geoff Krall‘s NCTM presentation that he called Adaptation – I suggest taking a look to get a better sense and understanding for yourself.  However, from what I understand, the basic idea is adapting traditional textbook problems and transforming them to make them awesome (or at least better) by opening up their begining, their middle or their end– hence the illustration at the start of this post.  He proposes the « how » of each « opening up » of the problem in these ways: 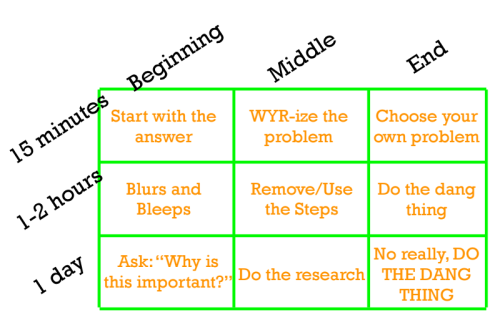 Easy enough?  That’s what I’m trying to find out for myself.  So, here’s my first attempt at this.  Feedback is definately appreciated.  I also will post other trials to see where this goes- you know, the whole « The journey is the destination » thing.

Into the rabbit hole…

How much more money does Christine have than Martin?

15 minutes- Start with the answer (open up the begining)

15 minutes- Would you Rather-ize It (open up the middle)

15 minutes- Choose your Own Problem (open up the end)

Write a word problem which contains at least the following words:

1-2 hours- Blurrs and Beeps (open up the begining)

Not sure here.  Is it possible with the original problem?

Again, not sure how to do this with the original problem…

This is where being at the actual presentation might help because for the last adaptation aproaches – « Ask Why is this important », « Do the research » and « No really, do the dang thing » – I’m really not sure how to go about it…

Questions and comments I have…

Question for you, the reader: Would a place to propose and try this approach out be useful?  If so, what format- website, Google Doc, Google Sheet, other?